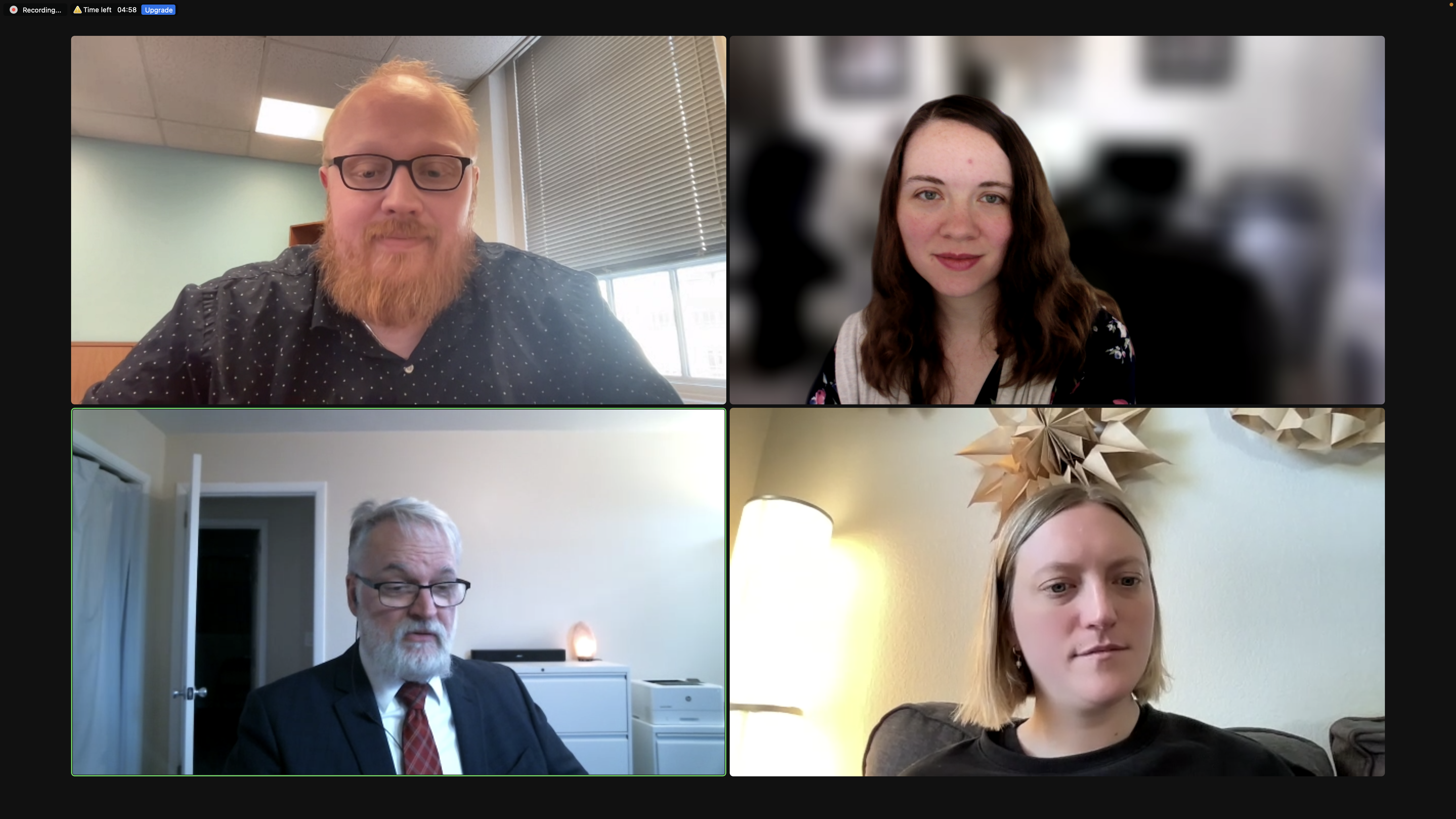 The Nashville Chapter of the Religion Communicators Council (RCC) meets monthly to talk about topics of interest and hear from professionals in religious communications.

The first meeting of 2023 took place virtually, with RCC Board members hearing how and why to enter and win the DeRose Hinkhouse Memorial Awards. “The DeRose-Hinkhouse Memorial Awards are given annually to active members of the Religion Communicators Council who demonstrate excellence in religious communications and public relations. The awards are named to honor the late Victor DeRose and the late Paul M. Hinkhouse, leading lithographers in New York City, and longtime friends of the RCC. Both men shared a strong interest in, and concern for, excellence in communications,” according to the religioncommunicators.org website.

The discussion about the awards was led by Rev. Brian Fesler, President the RCC National Board of Governors, and Pastor of the Church of Scientology Nashville. Other RCC members from across the nation joined in on the call to be inspired to participate as well.

A previous Best in Show winner was on the call and was able to talk about his inspiration for entering and how he chose which of his works to put forth for the award. The meeting inspired those attending to enter the DeRose Hinkhouse Awards, and was recorded so others may also see the meeting.

The RCC has members from every faith group and walk of life including Baha’is, Christians, Jews, Muslims, Scientologists, Sikhs, Hindus, and more. The RCC, founded in 1929, is an association of communications professionals who work for and with a diverse group of faith-based organizations in the areas of communications, public relations, advertising, and development.

The RCC provides opportunities for communicators to learn from each other. Together, RCC members promote excellence in the communication of faith and values in the public arena. For more information about the Religion Communicators Council, visit religioncommunicators.org/nashville-chapter.

Disclaimer: The views, suggestions, and opinions expressed here are the sole responsibility of the experts. No Seoraksan Times journalist was involved in the writing and production of this article.